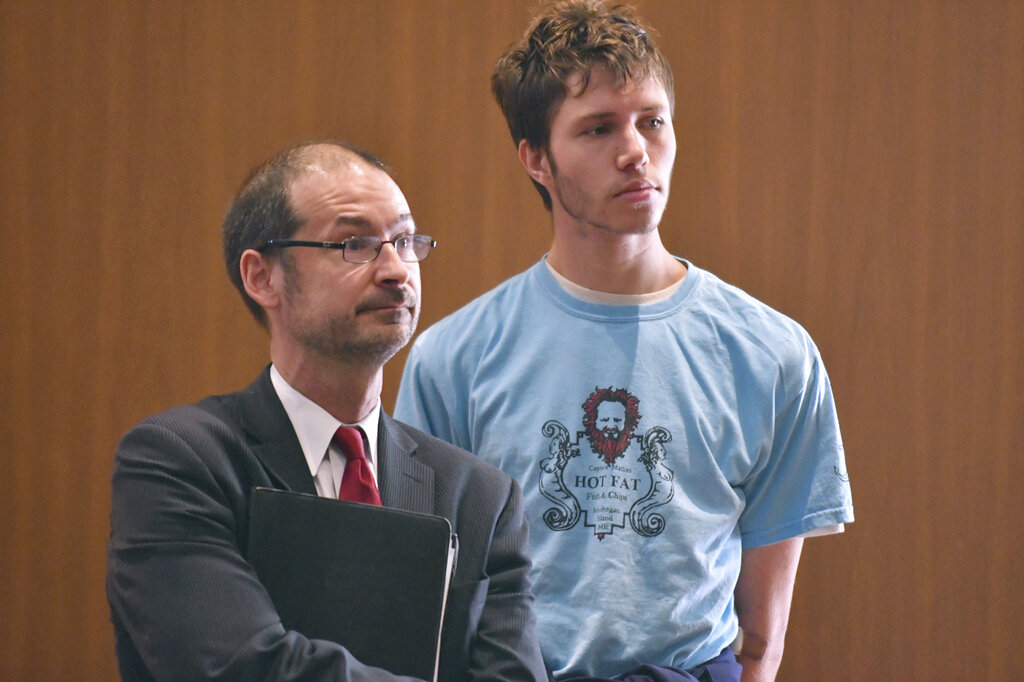 A New England man has been sentenced to prison for the gruesome murders of his mother, grandparents and their caretaker.

The slayings occurred while Orion Krause, a native of Rockport, Maine, was visiting family in Groton, Massachusetts.

Following the murders, Krause went to a neighbor’s home nude and covered in mud with cuts all over his body. He told the neighbor, “Help me, please. Help me, please. I murdered four people,” according to The Boston Globe.

Krause reportedly sat in a patio chair, sang quietly and uttered “I freed them” until authorities responded.

When police arrived at the scene, officers found the mother and grandparents in the kitchen with the television on. Parker’s body was found face down in a flower bed by the driveway. It appeared that she was the only victim who had been attacked from behind.

Severe head trauma was visible to the victims’ heads. The wounds were “horrific, to put it mildly,” a prosecutor said at an arraignment in 2018, according to the Press Herald, and in fact some officers had to excuse themselves from the scene because of the gruesome injuries, MassLive reported.

Investigators later found a bloodied wooden bat under a nearby tree.

Krause had recently graduated from Oberlin College’s Conservatory of Music. He had reportedly told a former Oberlin music professor that he wanted to kill his mother, including at least once right before the slayings. Krause had called the professor and said, “I think I have to kill my mom,” The Boston Globe reported, citing court documents.

However, local police in Groton were not notified of the threat until 45 minutes after Krause had committed the murders.

A motive for slayings has not been definitively determined, however, authorities believe Krause has a mental health condition. He also told a nurse after the murders that he had used heroin, according to MassLive.

Krause, now 26, was charged with four counts of first-degree murder and had initially pleaded not guilty due to insanity, but as part of a plea deal, he pleaded guilty to second-degree murder on Wednesday.

The arrangement means that although Krause was sentenced to life in prison, he will be eligible for parole after 25 years.

The Middlesex County District Attorney’s Office agreed to lower the charges because of his lack of criminal record, mental health condition and age at the time of the crimes.

“The resolution of this case today in no way can erase the incalculable loss felt by the family and friends of these victims,” District Attorney Marian Ryan said in a news release. “Following the 2017 murder, the entire Groton community mourned the loss of Elizabeth and Frank Lackey, Elizabeth Krause and Bertha Mae Parker. We continue to have them in our thoughts today as this case comes to a close.”

Featured Image: FILE — Orion Krause, right, stands with his attorney Edward Wayland, left, at Krause’s arraignment in Ayer District Court, in Ayer, Mass., in this Monday, Sept. 11, 2017 file photo. Prosecutors say 26-year-old Krause, of Rockport, Maine, was sentenced Wednesday, Sept. 1, 2021, to life in prison with the possibility of parole after 25 years after pleading guilty to four counts of second-degree murder in the deaths of his mother, grandparents, and his grandparents’ caretaker in 2017. (Josh Reynolds/The Boston Globe via AP, Pool, File)