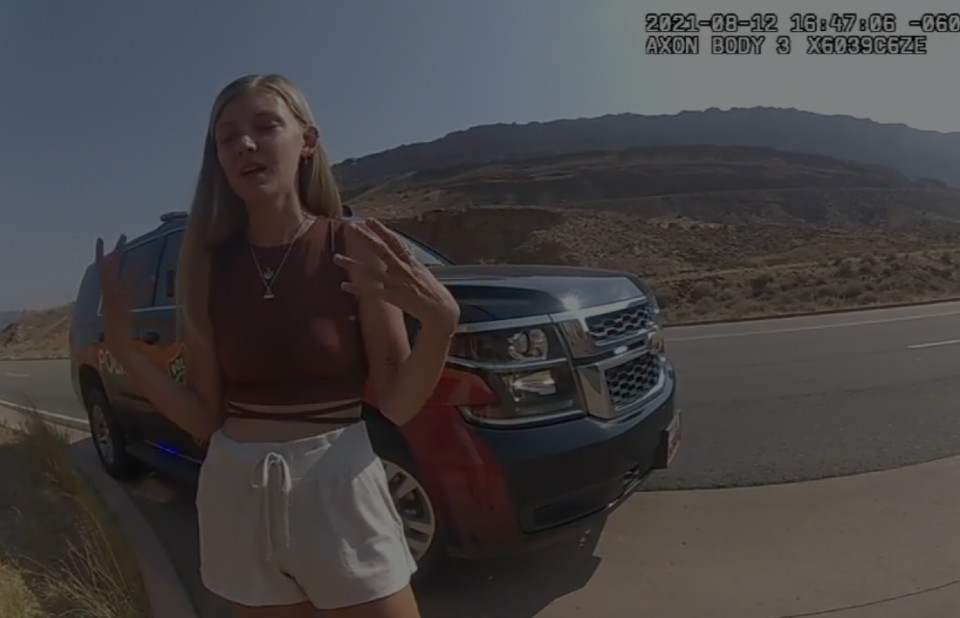 Authorities in Utah have released the police body cam footage of an incident between Gabrielle Petito and her boyfriend Brian Laundrie; weeks before Gabby vanished while the couple was on a road trip this summer.

The body cam footage, obtained by ABC 7, corresponds with previous reports that Petito was emotional as a police officer pulled over the converted van she was traveling in with Laundrie driving. A witness had previously contacted police about a suspected domestic incident on August 12, which was not caught on video, but reportedly involved a physical altercation: Petito is believed to have tried to slap Laundrie when she thought he was going to drive away and leave her on Moab.

As the footage shows, an officer asked Petito to step out of the vehicle and discuss what had caused the upset. In the conversation, Petito explained that she felt like she had “OCD” and thought it was affecting her mood. “Sometimes I get really frustrated,” she said.

Petito told the officer that she had been cleaning the converted camper fan and that she worried she was coming off as “mean” or in a “bad mood,” while saying she was not being mean towards Laundrie specifically. She was crying throughout the exchange as the officer tried to soothe her, and insisted that she and Laundrie spend the night apart, which they both agreed to do.

In a conversation with Laundrie, the officer asks to take photos of Laundrie’s superficial injuries — apparently from the altercation with Petito –and Laundrie initially resisted, until the officer said the alternative would be to call an ambulance. Laundrie and Petito are not seen interacting during any of the footage, and both are highly cooperative with police. The officers took Laundrie to a hotel room and Petito left with the van, with an agreement that the couple would not contact each other until the next morning. The footage indicates that Petito was somewhat more anxious about the separation than Laundrie, but neither argued with officers about the arrangement.

As previously reported, Laundrie traveled back to Florida with the converted camper van, and without his girlfriend, arriving on September 1. This week, police named Laundrie a person of interest in the investigation, but he has not been criminally charged.