Florida police investigated a possible Brian Laundrie sighting after a Florida man shared a trail camera photo of someone resembling the missing boyfriend of Gabby Petito.

On Monday, Sam Bass said in a Facebook post that his deer camera captured a picture of someone who strongly resembles Laundrie. The photo showed a blurry black-and-white surveillance image of a man who appears to be holding a backpack.

“I’m not saying this is the guy but whoever was on my trail camera this morning in Baker, Fl strongly fits the description of Brian Laundrie, authorities have been contacted but people in the North West Florida area be on the look out,” Bass wrote.

Beyond the physical resemblance, FOX 10 News obtained a photo from Brian Laundrie’s Instagram account which showed a photo of a very similar backpack in the front seat of a vehicle. 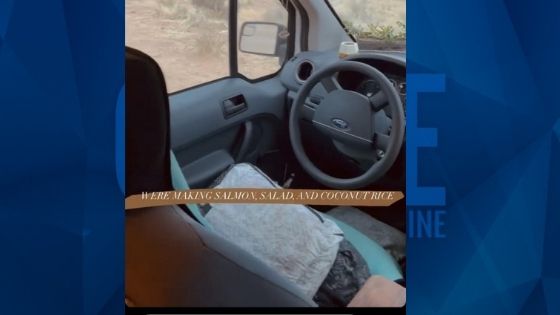 The Okaloosa County Sheriff’s Office’s announced on Facebook that they investigated the tip, but after a search of the area they have yet to find anything.

“The OCSO did its due diligence in response to this report and is wrapping up an extensive search that took place in this area to also include nearby farmlands and a search by drone,” the Facebook post read. “No one – and nothing – of note was located. There are no known possible past or current connections between Laundrie and anyone in this area at this time to follow up on.”

As CrimeOnline previously reported, Petito and Laundrie embarked on a cross-country road trip this summer, but Laundrie returned home to Florida without her.

While police were searching for Petito, Laundrie disappeared from his parents’ home in North Port, FL and remains missing. Laundrie’s parents told police he left last Tuesday to go hiking at Carlton Reserve.

The FBI Denver announced Tuesday that the Teton County Coroner confirmed that remains found in Wyoming were those of Gabrielle Venora Petito. The Coroner’s initial determination for the manner of death was homicide. The cause of death remains pending final autopsy results.

Brian Laudrie has been named a person of interest.